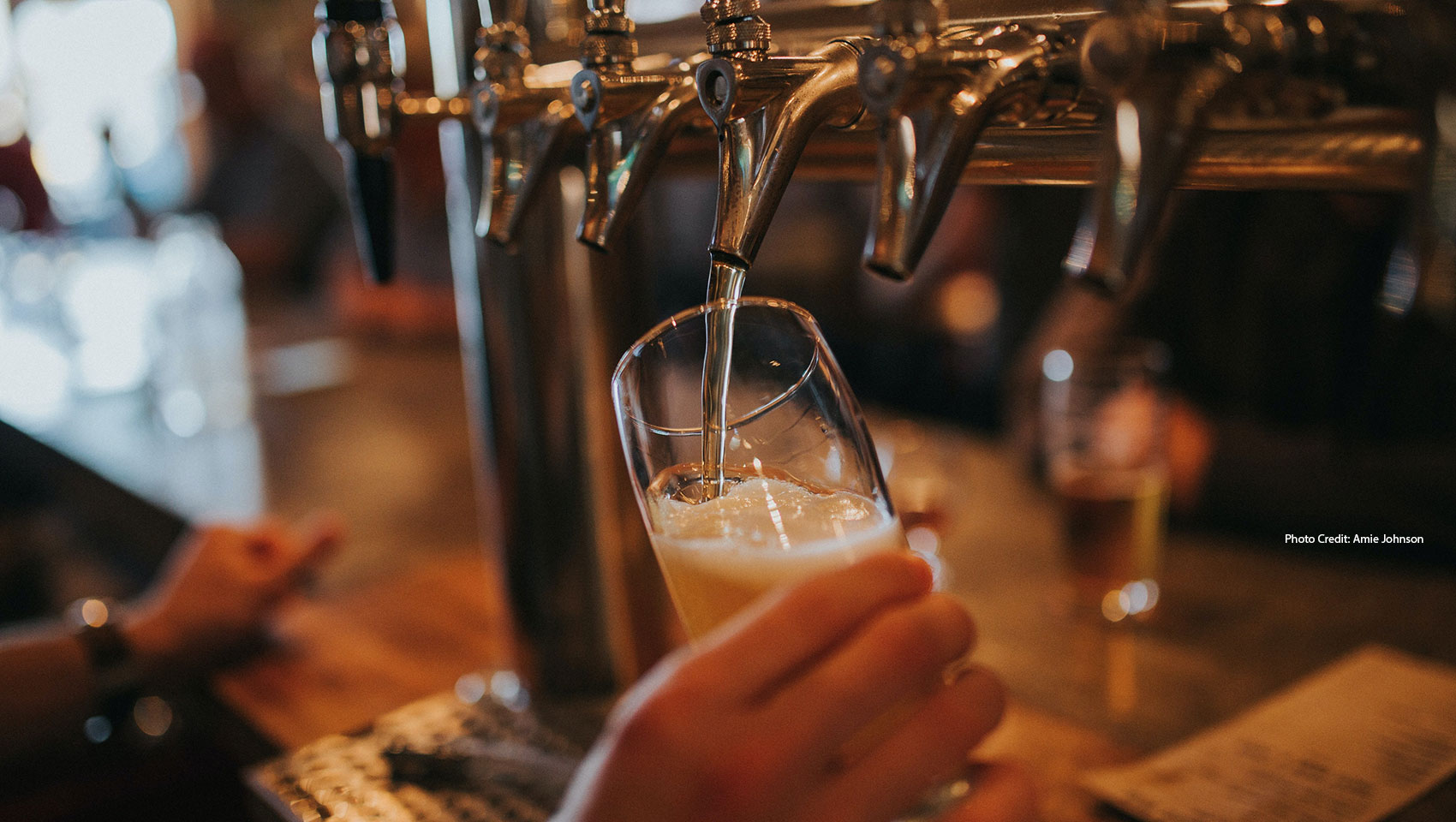 If anything is as abundant as Bozeman’s natural beauty, it has to be craft breweries. We’ve got eight here for you to sample, and that’s not even all of them. Each is wildly inventive in terms of recipes, beer names and ambience. Many have outdoor patios, beer flights, weekly specials, live music — and some are venturing into canned beers. Basically, you can’t go wrong no matter where you go first. Just don’t let it be your last.

Seasonal ales, lagers and sour brews are served from “The Bozone,” the longest-running craft brewery in the area. Try the Funky Peachadelic, a barrel-aged Brett Tripel.

From an approachable IPA to robust brews made with coffee (we’re looking at you, Ghost Town), this brewery also serves hand-made pizza.

Lockhorn specializes in dry and semi-dry ciders with delicate complexity. Gluten-free with no added sugar, these hard ciders are meant to go down like wine as you nibble charcuterie.

From the Midas Crush, a West Coast-style IPA, to the oatmeal stout of 80 Chain, MAP puts Bozeman on the craft brewery map. As for eats, lamb sliders, anyone?

We love the American IPA Junegrass as much as Strawberry Shortcake sour ale, a liquid dessert. Culinary creativity appears on the food menu, too: witness Tachos, a tasty nachos-tater-tots combo.

They had us at the tagline: “Beer so good it’s criminal.” With 11 brews on tap, you might find the Summit Dog Double IPA or Pot Shot Pilsner at any given time. Food trucks appear on a rotating basis.